Christmas around the camp-fire 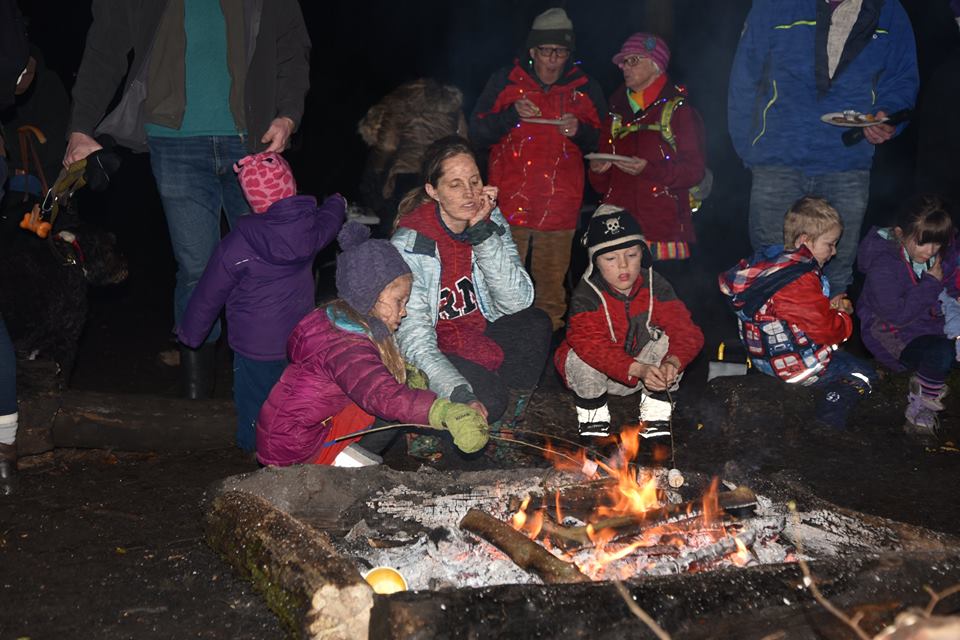 The Friends of Stoke Park repeated last year’s Christmas event by holding an evening of carols around the camp-fire in the park.

The Friends of Stoke Park repeated last year’s Christmas event by holding an evening of carols around the camp-fire in the park. Despite an afternoon of steady drizzle which made conditions underfoot very soft their intrepid band of volunteers were not put off and were rewarded with a crowd in excess of sixty people.

Attendees were encouraged to bring a lantern from previous Christmas events (and a torch) and assembled at the Hub and were led into the woods. Once there they were treated to food and soup and an evening of singing around the camp-fire led by Lockleaze’s singing group.

As always with a community event like this there are always a lot of people to thank and the Friends of Stoke Park would like to thank:

Tesco and Co Op for donating their store vouchers which were converted to mince pies.

Boston Tea Party at Cheswick for the lovely cakes,

Steve England  for tending the fires at the camp-site,

Dougal Matthews for lending the lights for the camp-site,

Bristol City Council for approval of site licence to hold the event.

Little Foxes Forest School  for helping to set up

Maria and Lizzy from Buzz for wood collecting in the rain

Ruth Revell for her drive and commitment, and to her parents for the music

Harry Phillips for his great photos