Deep concern over rise in Foodbank use 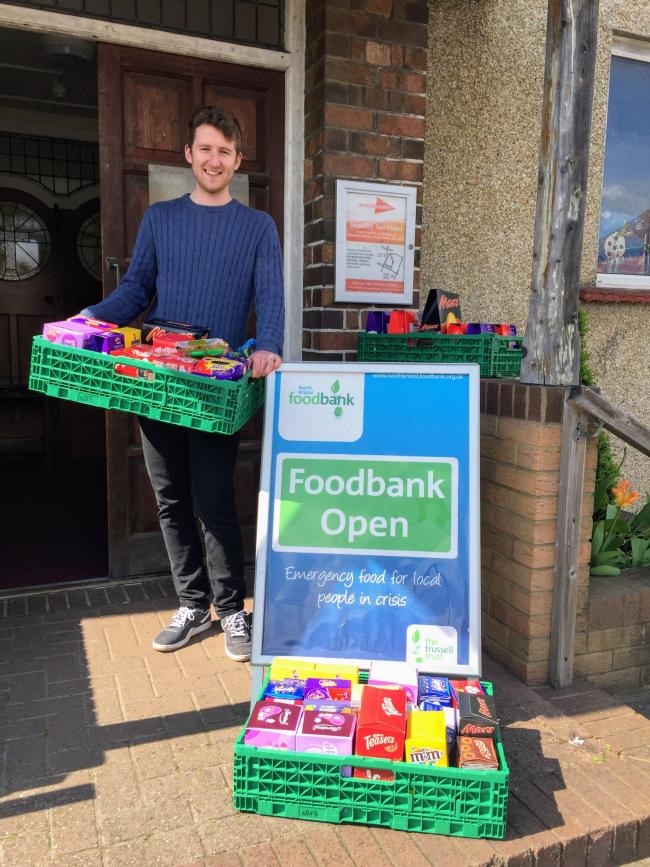 New figures released by the Foodbank show that over 3,700 three day emergency food supplies were provided to local people in crisis by the Foodbank during 2016-17, compared to 3,663 in 2015-16.

In our February issue we highlighted the fantastic work being carried out by North Bristol Foodbank, who have outlets in Horfield at Ebenezer Church and in Lockleaze at St James Church with further outlets in Filton and Southmead.

Over the last year, local people have donated 39 tonnes of food to North Bristol Foodbank, and over 100 have volunteered. Local schools, businesses and faith groups have provided vital support to the foodbank, enabling us to give three days’ nutritionally balanced food and support to people in crisis.

As well as providing emergency food, North Bristol Foodbank provides essentials like toiletries, nappies and sanitary products to families who are struggling, as well as signposting them to other services in the local area. Many Trussell Trust foodbanks, including North Bristol Foodbank, are partnering with other agencies that provide additional services such as welfare advice, budgeting help and debt support, helping people to break out of crisis.

Jon Dobson, Foodbank Manager of North Bristol Foodbank said: “It is deeply concerning that we are still seeing an increase in the number of three day emergency food supplies provided to local people in crisis in North Bristol over the last year. Anybody could find themselves in need of the foodbank. Every week people are referred to us after being hit by something unavoidable – such as illness, a delay in a benefit payment or an unexpected bill – means food is simply unaffordable. It really is only with the community’s support that we’re able to provide vital emergency help when it matters most, and we hope that one day there will be no need for us in North Bristol. But until that day comes, we will continue to offer the best possible service to help local people facing a crisis. Thank you so much to everyone in North Bristol who already donates time, food and money to help local people. If you’re not already involved, we’d love to hear from you!”

Despite generous donations of food, there are many hidden costs to run the foodbank. Costs include warehouse space, to sort and stock donated food, a van to pick up donated food and deliver to distribution centres, and other overheads like utilities and insurances. The foodbank welcomes any new offers of help with funding – local businesses, organisations and individuals interested in supporting the foodbank’s work can find out more at https://northbristol.foodbank.org.uk/give-help/donate-money/.