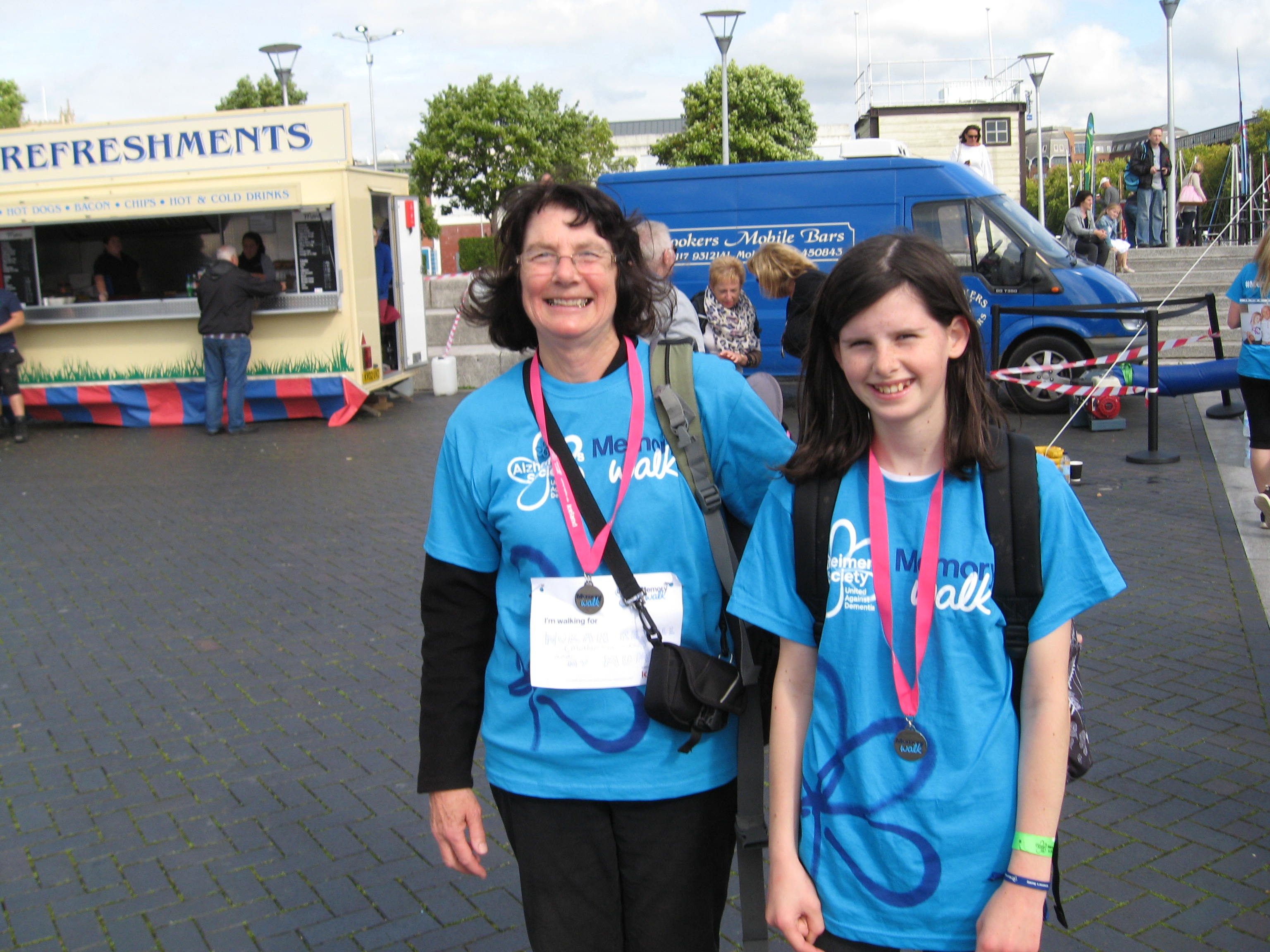 Horfield resident Val Revell, together with her grand-daughter Emma who lives in Lockleaze, have been busy raising funds in the battle against Dementia

Horfield resident Val Revell, together with her grand-daughter Emma who lives in Lockleaze, have been busy raising funds in the battle against Dementia by taking part in the Memory Walk and walked five kilometres around the docks in Bristol.

Memory walks are organised by the Alzheimers Society and are sponsored walks for all ages and abilities to unite together to raise money to defeat dementia. The walks are spread across the whole of the country and can be walked either through a city, woodlands or a park. This year over 110,000 people will take part with the aim of raising over £9 million.

Val, who has lived in Horfield for 40 years, says, “My mother-in-law died aged 87 in Southmead Hospital six years ago after having dementia for over ten years. She died as a result of a fall which is common I gather with many old people who have Dementia. Now I am caring for my mother who has Dementia and who is 94. She still lives at home but has a team of carers as well as my sister and I looking after her. It is such a cruel disease. Support is hard to find and as a carer I find it is a lonely job, struggling to find aids to help my Mother and finding out who to ask when things are difficult.

“The Alzheimer's society support those with Dementia and their families. (Alzheimers is just one type of Dementia). The Memory walks are organised each year and in different cities all over the country to recognise that bringing people together is always beneficial and also as a fund-raising event. To date my grand-daughter Emma Revell and I have raised £630. I was told over 1,000 people were walking, some in wheelchairs, and everyone had pinned to their T-shirts their 'story' telling everyone why they were doing the walk. So many sad stories.

“What did we hope to achieve? Awareness for Dementia and support for this very worthy charity who are championing 'Dementia Friendly' shops and businesses. Here is a link:

“You may have seen their blue daisy-shaped pin badge being worn in shops etc. advertising that they are Dementia Friendly. Also it was a chance to stop and think about how this cruel disease has affected our family”.

HorfLockVoice We very much regret that our October edition was our last. Falling revenues mean that the Horfield and Lockleaze Vo… https://t.co/th4WporpG0
5 months, 4 weeks ago