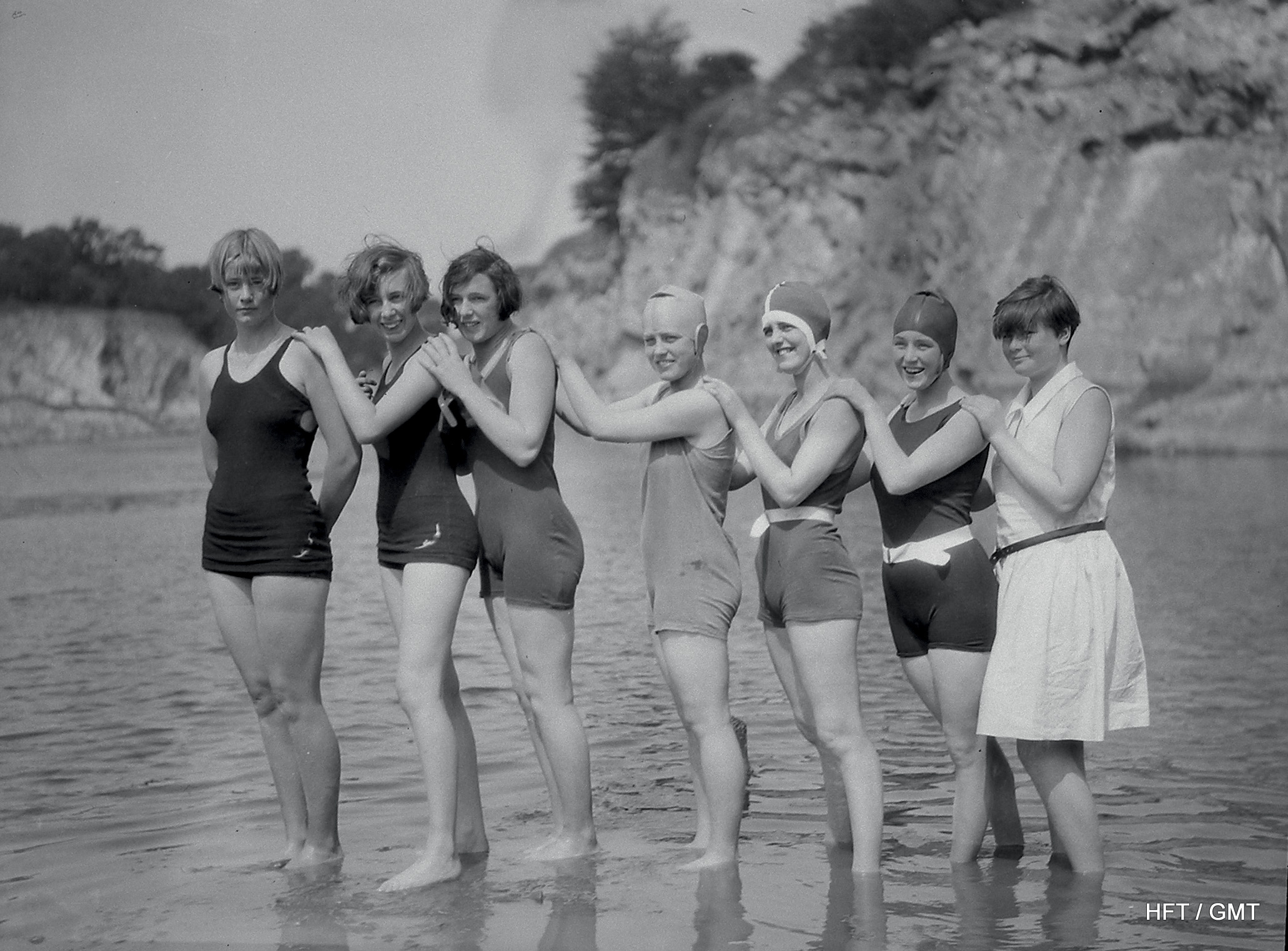 A week of activities is planned to mark the centenary of Henleaze Swimming Club on Lake Road from July 7 - 14. There will be a swimming gala, a parade of swimming costumes through the ages and a synchronised swimming display to the music of Star Wars, in honour of former club member David Prowse, the Bristol actor whose body was used for Star Wars villain Darth Vader.

A celebratory book that documents the history of Henleaze Swimming Club has been published to tie in with its 100th birthday this summer. As well as giving a detailed account of the club through the decades, The Lake features iconic photographs and images dating from 1919 right up to the present day. In addition, the book showcases some of the extraordinary club artefacts such as publicity posters and the water-damaged early minute books.

Established in 1919 in a flooded limestone quarry, Henleaze Swimming Club was absolutely of its time. Sited in the middle of a newly developing, affluent suburb of Bristol, this open-air swimming club was considered progressive because it was open to women members from the start. The club was, in part, a response to the public appetite for relaxation and entertainment after the horrors and deprivations of the war years. Against a backdrop of industrial unrest and economic hardship, it encouraged sporting competition and put on events that attracted hundreds of spectators. It also promoted the practice of life-saving and the teaching of swimming.

Just a few miles from the city centre, the lake is enjoyed by swimmers, anglers and wildlife alike.

Commenting on the lake, regular user Charles Booth said: “I love the peace and quiet, the sense of being in a special place. When I see a kingfisher or a heron it puts a smile on my face for the rest of the day.”

Scott Fisher added: "An oasis of calm hidden in the city.”

In The Lake, Susie Parr (author of award-winning The Story of Swimming) explores the social influences that shaped the swimming club. She traces its struggles and successes decade by decade, relating these to the social and political context of the time. The book ends with an account of club activities and events in its one hundredth year; these include early morning swims, winter swimmers dipping in an ice hole, and swifts drinking at the lake. This final chapter also features photographs by club members and by acclaimed photographer (and non-swimmer) Martin Parr.

The Lake will be launched in the club grounds on Sunday July 7 between 2pm-6pm, and will be accompanied by live music and a 1920s tea-party. The book will retail at £25 and will be available to purchase through Henleaze Swimming Club.