Junkyard a massive hit with the local community 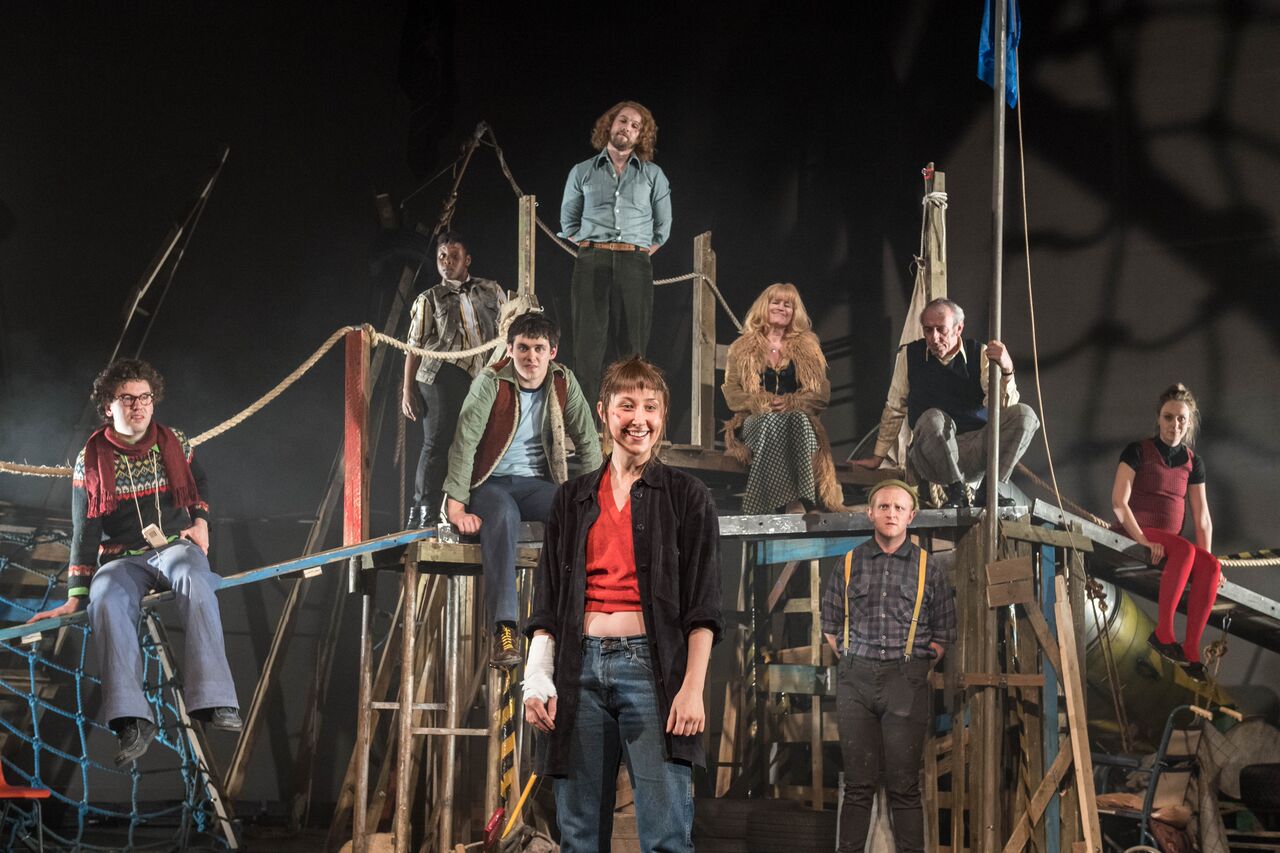 Over the past month local people have been flocking to the Bristol Old Vic to see the musical, Junkyard.

Junkyard a massive hit with the local community.

Over the past month local people have been flocking to the Bristol Old Vic to see the musical, Junkyard. Inspired by the true story behind our playground known as The Vench, created in the late 1970s and still used today.

In their promotional material Bristol Old Vic say that “Junkyard is a story about Bristol, for Bristol”, from BAFTA award-winning writer and Bristolian Jack Thorne whose father was involved in its construction, and Academy award-winning composer Stephen Warbeck. It was directed by Evening Standard award-winning director Jeremy Herrin. The Bristol Old Vic go on to describe it as “this brilliantly honest and witty new musical is a coming-of-age story about friendship and standing up for what matters”.

What do local people think of it?

Steve England says, “I was very excited to watch it as the Lockleaze playground has been a part of most of my life. I remember the early days very well, basic, dangerous and fun. Jack Thorne wrote the musical and I remember his Dad, Mike. As kids we were cruel to people and always screamed out “unkind” comments shall we say. As I took my seat I saw lots of people I know from Lockleaze. It was lovely for all of us to be able to watch our childhood on stage. The cast came on stage and I could actually relate each character to one of those kids all those years ago. The emotion the cast put into their performances made me a bit emotional to be honest because it was as if I had travelled back in time 35 years, and the swearing was very accurate because that’s how it was. It was an amazing evening. The cast delivered an amazing and emotional performance and we the audience were in fits of laughter and then next to tears and then feeling sorry for one of the characters, a serious rollercoaster of emotions all in the space of a few minutes”.

Angela Thomas added, “A very enjoyable evening was spent watching a great coming of age play about forged friendships and solidarity.  Full of colourful language, so not for the faint-hearted !It reflects a community spirit built around a play area, our very own 'Vench' built from wood and Junk, hence the name Junkyard”.

Jody of Jody Drama commented, “A wonderful vibrant and lively piece of drama with amazing singing and a great band. Adventure playgrounds have come a long way in 40 years and are vital places for young people to go and extremely valuable in our, and all communities”.

Anna George commented, “This is a spider, this is a ship, this is where we do dip the dip ! Just one from many catchy lyrics in the production of Junkyard at the Old Vic in Bristol that I attended with two friends on last Saturday evening. Although I had heard a great deal about it including from other local people who had already seen it and enjoyed it I was on the whole not sure what to expect … except for it to be something substantially different from the norm and this expectation was fully met. As soon as it was “curtain up” the scene was set for something fairly dark and dramatic with a towering set of a large very “unstructured” wooden structure, a smoky atmosphere and searchlights being flashed around the auditorium. The story gets quickly underway … the main character Rick the idealistic youth worker is closely based on a real person (the playwright’s father) who was there at the start and he has his work cut out engaging with the half dozen or so young people including Fiz, Ginger and Higgy and their friends to involve them in the build. The teens are a clever amalgam of all the characteristics and issues of and faced by young people whether they are the youth of the 70s when the play is set or of today ! Many parts of the story are told through loud and catchy musical numbers belted out at top volume – another reviewer I have read said “Andrew Lloyd Webber it ain’t” but strangely enough that is exactly what the raw energy of the actors and lyrics brought to my mind. By the end of part one the playground was up and the kids were feeling proud of themselves finally and for some for the first time. Without giving too much away the second half was much darker as other factors come into play such as jealousy from other local areas which results in a need to defend the playground and a serious attack on one of the main characters, leading to the school and authorities wanting to tear it all down … I will admit to being brought to tears by the situation they found themselves in all feeling as though it was back to square one and back to being the “junk” in the Lockleaze “yard”.

Alan Sweetman, Business Development Manager at Groundwork South says, “The Vench has changed a lot since the 1970s but still plays a vital role within Lockleaze and Horfield.  The playground is now managed by Groundwork South, a charity that supports local communities to improve the places where they live.  Youth and Play provision is delivered by Learning Partnership West who run open access and targeted youth and play sessions from the centre.  The playground continues to provide children with a safe environment to build their self-esteem and confidence while learning new skills and taking part in exciting activities. For more information on opening times please call: 07771 94 33 25 or visit www.lpw.org.uk If you would like to support our work, please visit www.justgiving.com/TheVench”