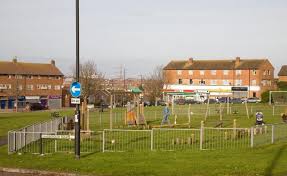 Lockleaze Voice is our Neighbourhood Development Forum. It was set up in 2012 following the Localism Act of 2010 which gave communities a legal authority to control developments in their area.

Lockleaze Voice is our Neighbourhood Development Forum. It was set up in 2012 following the Localism Act of 2010 which gave communities a legal authority to control developments in their area.

Its purpose and aims as stated in its constitution were:

The mission of the Group shall be to promote and improve the social, economic and environmental well‐being of the neighbourhood area and including actions that:

1. To work to the development of a better Lockleaze

2. Raise awareness of and work to open up opportunities for sustainable development that accords with the social, economic and environmental aims of the community.

3. Work towards the production of neighbourhood development plan and neighbourhood development orders, as necessary, that identify the social, economic and environmental characteristics of the local area, detects local problems that need to be overcome, draw out feasible options for action, reflect a consensus of community opinion and choices on a programme of action and facilitates the implementation of the plan or order.

4. Work towards an increase in the effectiveness of public involvement in decision‐ making and investment as it affects the quality of life in Lockleaze.

Its five year term of office expired this year and its application to be re-designated as our Neighbourhood Development Forum has been rejected by the Council who have set out their reasons which can be seen at: https://www.bristol.gov.uk/en_US/planning-and-building-regulations/neighbourhood-planning-lockleaze

Back in 2014 it was very active and met 35 times but in the following year it only met six times. No meetings were held at all in 2016, and only two this year. The Neighbourhood Development Plan for Lockleaze that they had been working on has not been delivered.

Where does all this leave Lockleaze now? We have no Neighbourhood Development Plan. Such a plan is a document that contains a series of statements or policies setting out what developments are acceptable in Lockleaze and for what reasons. These developments are not just housing; they could be retail, open spaces, transport and parking, environmental, economic growth etc.

Once approved the plan will have legal force which developers and local authority planners will have to take notice of. The plan will have to show evidence that shows that the issues and policies identified reflect the views of the local population. Luckily for Lockleaze the survey carried out by Lockleaze Neighbourhood Trust earlier this year will suffice.

Lockleaze desperately needs a new residents planning group to take us forward. Anyone who lives or works in the ward can take part. If you would like to get involved please leave your details at The Hub or e-mail Lockleaze Neighbourhood Trust on info@lockleazent.co.uk

Local authorities are able to charge a Community Infrastructure Levy (CIL) on all new developments with an internal floorspace of over 100 metres. This Levy, once collected on development, can be used to improve infrastructure in the area. With the amount of new housing coming to Lockleaze and displayed at the Consultation event at the Cameron Centre recently significant amounts of CIL money will become available. Any area that has its own Neighbourhood Development Plan can get to use this money purely in their area; areas that do not have such a plan will find CIL money going into a “pot” to be shared with other areas.