Lockleaze's new sports complex will be ready this month 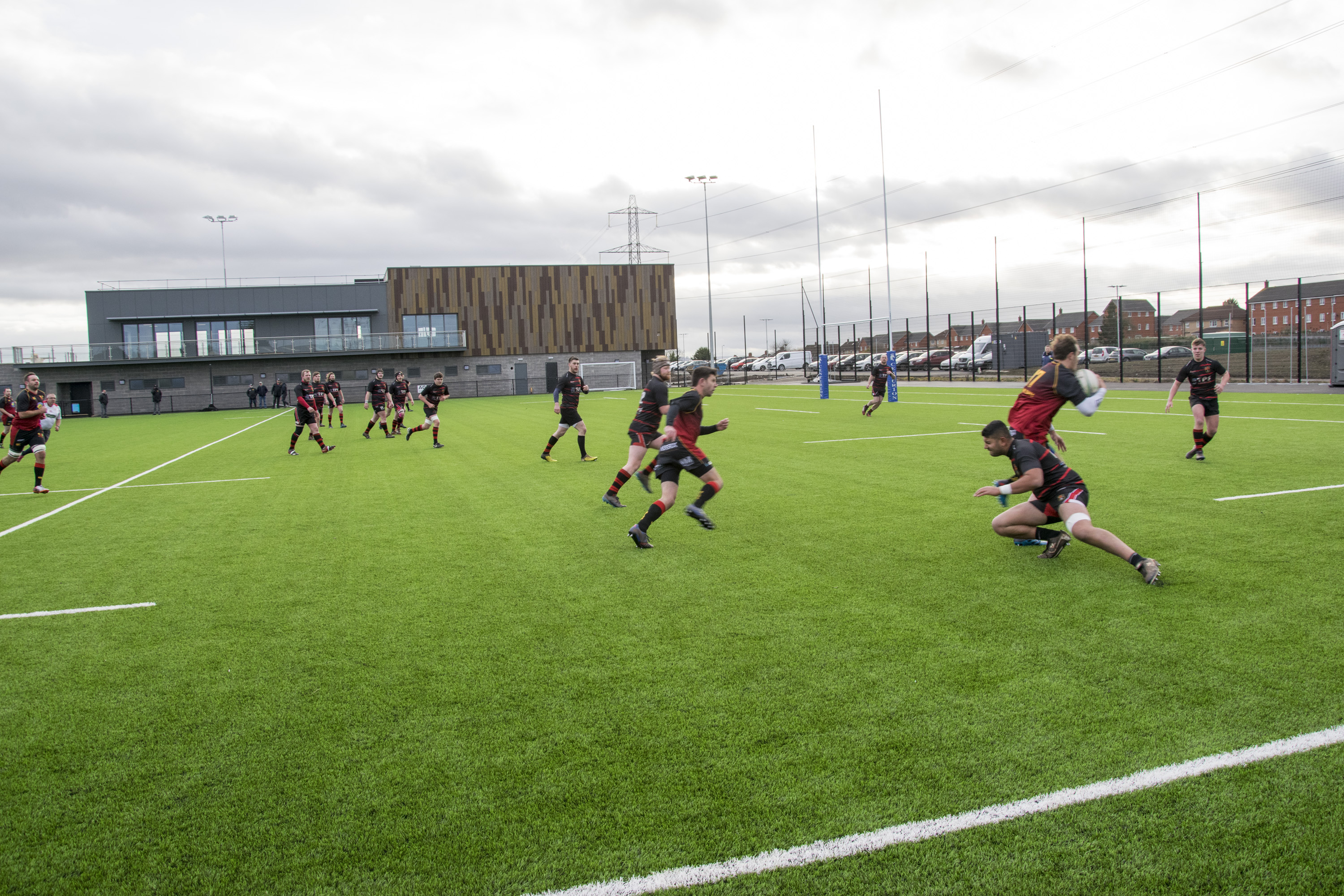 A new sports complex in Lockleaze will become fully operational in early January and will transform community activities during Bristol’s year as European City of Sport.

A new sports complex in Lockleaze will become fully operational in early January and will transform community activities during Bristol’s year as European City of Sport.

Bristol & District Rugby Football Combination has joined forces with Bristol City Council and the University of the West of England to develop a new modern two-storey clubhouse and two all-weather pitches for rugby and football, replacing 1950s changing rooms and underutilised, out of date playing fields.

The funds for this £6m project have come from the sale for housing development of part of the Combination’s land. The University of the West of England has recently joined the project bringing further capital and they will use the facility for student sport mid-week.

Work began at the end of 2016 on the council’s playing fields off Bonnington Walk, which is home to Bishopston RFC, and the adjacent fields owned by Bristol & District Rugby Football Combination, which are home to Ashley Down Old Boys RFC and Lockleaze Community Football Club.

The first phase has created  the new clubhouse with improved changing facilities, a social area and two all-weather pitches. The existing grass pitches, three rugby and one football, have been refurbished and there will be an outdoor Multi-Use Games Area (MUGA), a dog walking area & a trim trail, safe cycling routes and adequate parking.

The second phase, for which an additional £4m funding is being sought, will include an indoor fitness centre, a sports hall, and further community facilities. Discussions are currently ongoing with Bristol City Council and Bristol Rovers Community Trust.

The rugby all-weather pitch was completed in April this year and was formally opened by the Mayor, Marvin Rees. It is now fully operational and being used extensively by Ashley Down Old Boys RFC, Bishopston RFC and the University of the West of England. The all-weather football pitch has recently been commissioned and will be used by the Lockleaze Community Football Club and the University. The refurbished grass pitches are now, also being used. The changing rooms and social areas are complete and the Lockleaze Sports Centre will become fully operational in early January.

At the opening of the Rugby all-weather pitch in April, Marvin Rees, Mayor of Bristol, said: “Redesigning community spaces to get more value out of them will be crucial for Bristol in future so I’m pleased to see this approach is already in action in Lockleaze.

“This is a great success story for the local community, especially in our year as the European City of Sport. It will help more people of all ages coming together and enjoying sporting activities, with all the health and social benefits that brings. I’m looking forward to seeing these clubs flourish and continuing to build on the great success stories communities are creating in sport across the city.”

N A (Sandy) Mitchell, who is Chairman of the Trustees Lockleaze Ground and Vice-chairman of the Bristol & District Rugby Football Combination, said: “A new sports facility in Lockleaze will have huge benefits for the local community by widening the range of activities available.

“It will be much more socially inclusive and bring both significant health and employment benefits. This scheme will provide rugby, sport in general and the local community with a facility which will become a home for sport and community activities in Lockleaze and the surrounding area for many years to come.

“The Bristol & District Rugby Football Combination are pleased that they are able to build on the foresight of those members of the organisation, who nearly 70 years ago purchased land in Lockleaze for the physical well-being of the people of Bristol and the surrounding area.”

With the assistance of Bristol based building consultants hdp Associates led by Simon Hygate and sports pitch specialists Agility Sports Facility Development led by Alastair Moore, two contracts have been let by Bristol City Council. The first for the construction of the buildings, designed by O’Leary Goss architects and built by D R Jones Yeovil Limited (known as Jones Building Group), and the second for the delivery of the sports pitches and groundworks by MJ Church.

The Bristol & District Rugby Football Combination was formed in 1901 for the promotion of rugby football and the well-being of clubs. Currently there are more than fifty clubs in membership and the organisation promotes rugby in the Bristol area by running competitions, providing advice and support to the rugby community. In 1948 the Combination purchased 16 acres of land on the edge of Lockleaze for use by its member clubs and the facilities are now in urgent need of replacement.

A new charity, the Lockleaze Sports Centre Trust has been established, which will hold long leases for the land from the two landowners. The Trust will appoint a management company to run the ground, any excess of income over expenditure will be used for the benefit of the Charitable Trust.

The sale of part of the Bristol & District Rugby Football Combination’s land to Redrow Homes for a housing development and capital from the University of the West of England has funded Phase 1 of the project and further funds are being sought for the full scheme.

Bristol City Council and South Gloucestershire Council have approved the joint planning application for both phases of the sports facility and the housing development. Bristol City Council employed an experienced project management team to manage the project and ensure it is financially sustainable in the long term.