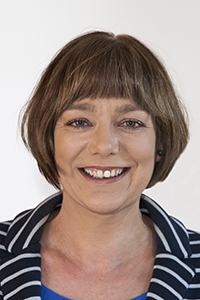 Public transport and especially bus services have long been a bone of contention. In Lockleaze especially, high fares, unreliable services, and lengthy journeys are a source of concern.

So we were very pleased to be able to arrange for James Freeman, Managing Director of First Bus West of England, to come to a ‘Bus Surgery’ meeting at the Old Library on Muller Road on June 27th, where these issues could be put to him.

James explained that First Bus is indeed a commercial operator, but it has to work under significant constraints imposed by government policy. For example, it is illegal for bus companies to ‘cross-subsidize’ across routes. In other words, bus companies are not allowed to use the money raised from a very heavily used route to support a less popular route. Every route must pay for itself. While councils can support a small number of routes, especially those deemed to have a socially important function (e.g. a bus service to a hospital), the amount of funding available to do so is very limited. And, with increasing demands on council revenues from so many other services and cuts to budgets, it is difficult to sustain subsidized routes. Generally speaking, under the current system bus services run only if they can make a profit.

The meeting agreed that this legal constraint was absurd. Even the most commercially-minded businesses are able to support a less profitable product ‘line’ with revenue from a highly successful line, and can therefore not just ensure diversity of choice, but also invest in building up the success of products or services.

The current policy framework is clearly not fit for purpose. However, Bristol is unusual in that it is the only major city to have significantly increased bus usage over the last year, and that at least means some investment in the service and new technologies. James noted that e-ticketing has been a big success, with around 50% of passengers in Bristol using this method of payment. E-

tickets can help to speed up services by reducing the transaction time when passengers board a bus, and (as long as you have access to the smart technology) can simplify the process.

Buses powered by methane generated from food waste are also coming on stream as a highly cost-effective way of helping to reduce carbon emissions and improve air quality. But the most significant improvements to bus travel can only be achieved by systematic measures to improve traffic flow to speed up journey times. Bus lanes such as those proposed for Muller Road can be controversial, but are an important element of this. James pointed out that car users may object to these kinds of measures (at least in the short term) and this sometimes makes taking the political decisions needed more difficult. Nonetheless, they are vital to making sure buses can ‘flow freely’ across the city and therefore become more reliable.

The specific problems with the reliability of the ‘24’ bus and the impact of the loss of the ‘25’ were also raised, and feedback on residents’ concerns over the loss of the 25 was requested: did people want to go to St Werburghs or did they just want a quicker route to the centre? James agreed to take away these concerns. The need for easier cross-city travel was also noted, although questions over viability in relation to the constraints noted above were discussed. Finally, we raised the issues of ‘real time’ timetable information accuracy (those digital displays at bus stops that promise you a bus is ‘5 minutes’ away), and the quality of other facilities at local bus stops. The good news is that a major upgrade to bus stops across the Lockleaze ward is on the cards, with improvements to bus shelters and to the information systems being installed. That should, we hope, make life easier for existing bus users and help to encourage others out of their cars and onto the bus – something which should contribute to less congestion and some improvement in the environment. Of course, these measures are limited, but they do point the way to what can be achieved, and to what we all hope will be a better bus service for Lockleaze and for the city.

Couldn’t come to the meeting? E-mail me your concerns and I will raise them with James Freeman.  Estella.Tincknell@bristol.gov.uk.

HorfLockVoice We very much regret that our October edition was our last. Falling revenues mean that the Horfield and Lockleaze Vo… https://t.co/th4WporpG0
2 years, 8 months ago

HorfLockVoice 54% increase in the number of food parcels given out by @NorthBristolFB over the same period last year https://t.co/Yv3BhtlBeA
2 years, 8 months ago

HorfLockVoice All the latest news from The Vench https://t.co/Ul3k2552AC
2 years, 8 months ago

HorfLockVoice RT @NorthBristolFB: We'll be at Tesco Golden Hill this Thursday - Saturday. Come and say hello and help those in crisis by donating items f…
2 years, 8 months ago