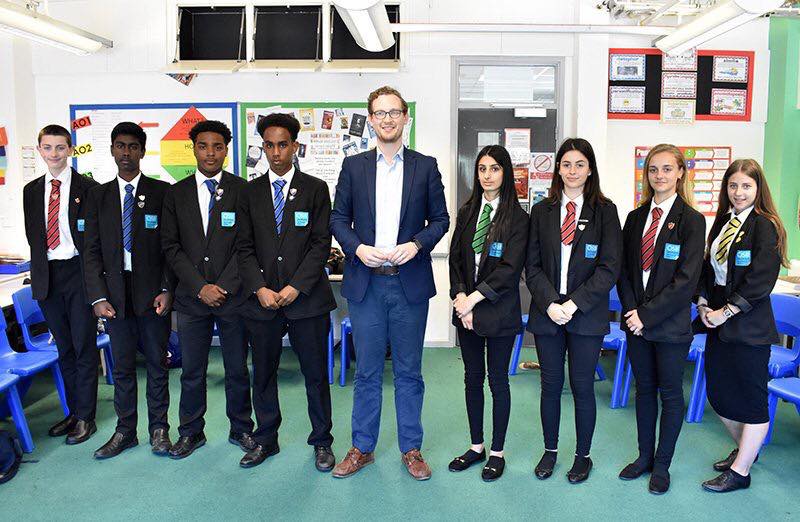 I had the chance to ask my first question in PMQs in July, the only small problem being that the PM was at the NATO summit. I joked that I had hoped to ask the honourable lady a question whilst she was still the Prime Minister.

Instead I raised the issue of illegality in the Leave campaign, with the Electoral Commission concluding that the Leave campaign broke spending rules and the Information Commissioner fining Facebook for the Cambridge Analytica scandal. I called for a judge-led inquiry into the Brexit referendum because, if people were duped by an illegal democratic process, they deserve to know about it! There’s also been plenty of Brexit related work going on (I won’t go into the Government resignations!), including my call for a People’s Vote on the final deal and waiting for the Government White Paper on Brexit, which has been repeatedly delayed. At the time of writing, I now have this but don’t yet know what the European Commission will think about it.

Some of the most interesting work in July has been on the Science & Technology Select Committee, where we’ve been looking at the social, physical and mental health impacts of “screen time” and social media on children and young people, and whether we need to bring about a ban on energy drinks for children. I know that many parents struggle to know how best to guide their children on the use of technology, and aren’t able to keep track of all the apps they might be using. I didn’t even know that you could talk to people on Instagram on YouTube! And on energy drinks, companies such as Monster have been before my committee, where I had to give them a pretty tough time about the impact of their marketing on children. A 500ml can of energy drink can contain huge amounts of sugar and caffeine, with many young people drinking multiple cans a day. Teachers attribute tiredness at school to the use of energy drinks, and the Government will now start a consultation on whether to ban them entirely for children. After the summer holidays, I’ll be doing an event with some young people, teachers and parents on both the energy drinks and technology work so what you all think at home in Bristol.

As part of my mission to visit every school in Bristol North West, I recently visited Orchard School in Horfield. I enjoyed meeting students and staff always leave schools with hope after seeing our young people with so much energy and enthusiasm about their future. And I keep trying to persuade them to take over from me in a few years time!

I understand that the recent Stoke Park meeting held at Buzz Lockleaze on 4th July went well – I was unable to attend as it was a Wednesday and the House of Commons was in session. The meeting had representation from the council’s parks team, Natural England alongside Lockleaze Councillors Estella Tincknell and Gill Kirk. Residents shared concerns about the park project and asked about noise, loss of woodland habitat and ecological diversity. I understand a further meeting will be held in September which I will try and attend if the House is not in session.

In recent weeks, I have hosted a Modern Slavery Conference which bought together experts in the field including Bristol-based charity Unseen, Mayor Marvin Rees and the Police and Crime Commissioner, Sue Mountstevens with local businesses. I want Bristol to be an example of positive action and bring an end to the scourge of modern slavery and unethical working practices. I therefore urge you to report any concerns to the Modern Slavery Helpline: 08000 121 700.

I have also chaired the first of a series of Gridlock Conferences focused on bringing forward solutions to our transport woes. I am continuing to press the West of England Combined Authority Mayor, Tim Bowles, to bring forward (at least!) a £50m North Bristol Transport Fund. My conference bought together a wide range of transport experts, developers and community groups to share our experiences of congestion hotspots and, more importantly, how we can work together to solve gridlock on our roads, unreliable and irregular bus and rail networks, and encourage walking and cycling.  I’ll be hosting a follow-up event for constituents in early 2019 so keep an eye out for further information in the coming months.

Thanks to everyone who joined my July Pub Politics at Inn on the Green in Horfield.  If you’d like to keep in touch with what I’m up to (including café and pub politics events) please sign up to my e-newsletter at www.darren-jones.co.uk/sign-up or check out my Facebook Page (www.facebook.com/darrenjonesmp) or Twitter (www.twitter.com/darrenpjones). Outside of recess, you can also tune in on Wednesday nights at 19:30 for my weekly Facebook Live from Westminster.