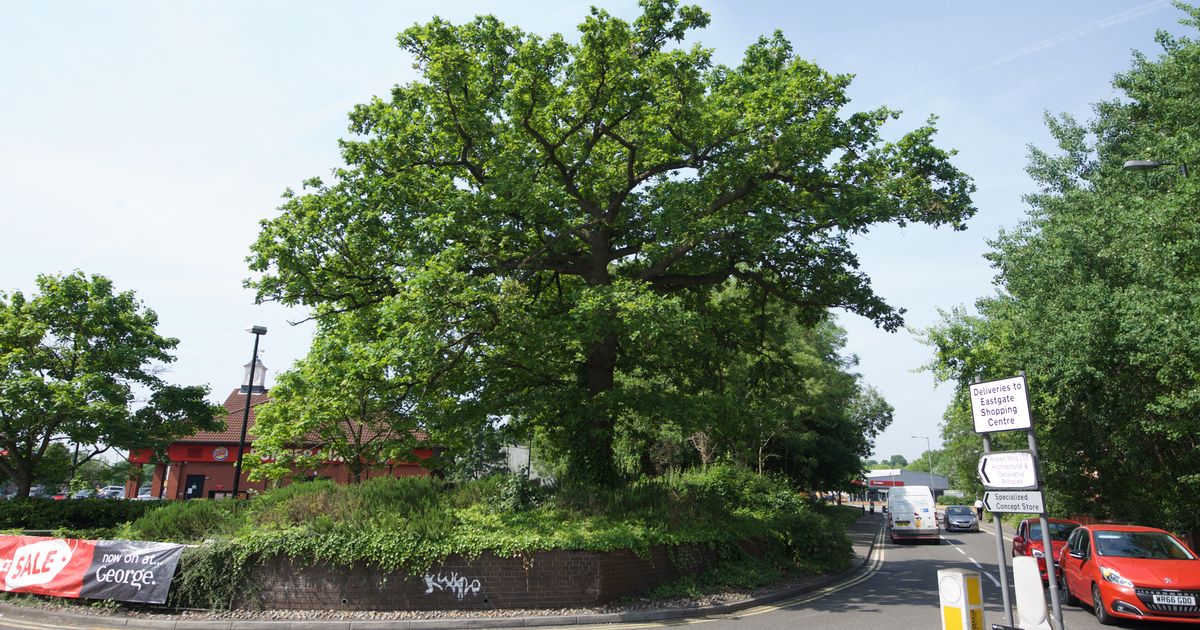 Passions became inflamed locally when it transpired that a planning application for the demolition of the current Burger King premises at Eastgate Retail Park had been submitted.

Passions became inflamed locally when it transpired that a planning application for the demolition of the current Burger King premises at Eastgate Retail Park had been submitted. The plans also included the replacement of the Burger King with a smaller “drive through” with a health and fitness suite to be built above, and would have resulted in the removal of the Oak tree believed to be around 200 years old.

What really exasperated local residents was the fact that no-one knew anything about it until it was too late. Very little consultation appears to have been done and with the area being just outside the remit of Lockleaze Voice Neighbourhood Development Forum there is no local body to act on behalf of local residents. Enquiries made by the Horfield and Lockleaze Voice reveal that residents in Ingmire Road only were written to.

A petition calling for the reversal of the Oak tree’s removal was set up on 38 degrees and this petition attracted 6,853 signatures. Lockleaze’s Steve England, a conservationist, spoke for the community when he said, “They want to take this oak tree down. It’s been there for the best part of 200 years and I think they need to be looking at alternatives. Bristol has suffered so much destruction over the past few years and I have witnessed first-hand trees being felled to make way for new buildings. I think the developers need to re-draw these plans and have a consultation with the community to get a wider opinion.  The oak tree is behind Burger King, so unless they want to build up to the road, I don’t see why they need to do this.”

Developer Consolidated Property Group has listened to the community’s concerns and new plans have been submitted. They say, “The old oak tree at the entrance to Eastgate Retail Park is to be retained and will not be removed under amended plans submitted to enhance the shopping centre. Following discussions with local councillors and members of the community, the developer Consolidated Property Group has submitted new plans to Bristol City Council showing the tree retained as a main local feature.

“Furthermore, it is proposed to improve the environment surrounding the tree to try to enhance its vitality and vigour, as explained by CPG spokesperson, Dan Bramwell: “CPG has been aware of the concerns of the local community and has been reviewing how best to address the many conflicting issues. Over the last few days CPG’s design team has amended the planned development and surrounds to ensure the old oak tree benefits from the area it sits in. This will include some minor engineering works to retain the footpath at its existing width, some remedial works to the retaining wall making it good and improving the aesthetics of the roundabout area, and to ensure the canopy of the tree is clear of all adjacent built structures.

“We also are proposing to remove many of the larger shrubs underneath the tree and replace these with low native groundcovers. This will remove plants that currently compete with the tree for water and nutrients and replace them with species which grow naturally under trees. Through agreement with the council we will also be undertaking some good husbandry works to the tree to remove dead limbs and those that clip larger passing high sided vehicles.

“With these works and improvements, it is hoped the tree will have an extended life period more than if it was left in situ as it is”.

As a community we are extremely grateful to CPG for listening and coming up with alternative proposals but as the area is not covered by Lockleaze Voice Neighbourhood Development Forum it is very exposed to any future plans in the Retail Park.