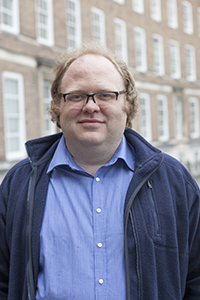 The Horfield survey has been completed, with more than 1400 responses. There will be more feedback on the final outcome in a later edition of the Voice. Huge thanks to Orchard School and their students for their help,

The Horfield survey has been completed, with more than 1400 responses. There will be more feedback on the final outcome in a later edition of the Voice. Huge thanks to Orchard School and their students for their help, and to Ebenezer Church who produced a really good youtube video about the survey.

There have been concerns about parking issues in the streets around Southmead Hospital, with some people finding their driveways blocked, pavement parking, and so on. The best option if you find yourself having problems - wherever you live - is to contact Parking Services on 0117 9038070 or parking.operations@bristol.gov.uk That way it also gets logged onto the computer system and makes it more likely that your area will be included in regular monitoring in the future, as the more reports logged by the system, the more effectively it gets flagged up for attention.

I recently submitted a statement to the Cabinet about the possibility of building the Arena at Filton, just near the new housing estate on the northernmost border of Bristol and South Gloucestershire (not the border with Horfield Ward), pointing out that it would go against national and local planning policies, and should not be built there. I have had no formal response, but have aired my concerns, and will work with local residents to ensure that we do not end up with up to 15,000 people having to use a car to get to events on the A38. Those of you who live near the Rovers Stadium will know that on match days, even with the best efforts of Rovers fans to get there on public transport, local roads can still end up with parking issues, and the Gloucester Road can suffer from extra congestion. This would be in addition to the several thousand new homes being built next to the possible Arena site. I will keep you posted on developments.

I was sad to hear the news of the passing of Horfield resident Stuart Lilley - an active member of the garden club at UHCT. He was a really lovely man who knew a great deal about plants, and loved to share his knowledge with others. He also used to lead local walks, and I know that a great many people will miss him.

I am currently working on a draft business case for the Manor Farm Community Hub. After some delays, the only information available was a wish list of activities that the Hub might run, so Claire Hiscott and I spent an afternoon going through the council's business case template to see how we could help. The draft will go to the core group and then a final copy will be submitted to the Council in the next couple of weeks.

Lastly, the children's play area opposite the Leisure Centre may be sorted out in the next little while. I have been in touch with parks officers, and it looks likely that we will be able to get the ground treated so that it doesn't become a boggy marsh when the weather is even slightly damp, so that local children will be able to play there all year round. Funding was originally agreed by myself and Claire at the Neighbourhood Partnership in 2016, but became a victim of the council's spending freeze. Luckily, I think we may be able to find the budget to finally get the work done.

If you have any local issues you would like me to help with, do please get in touch. Email is always best, on cllr.olly.mead@bristol.gov.uk as I can then forward it directly to the relevant officers to get them to sort it out.

HorfLockVoice We very much regret that our October edition was our last. Falling revenues mean that the Horfield and Lockleaze Vo… https://t.co/th4WporpG0
5 months, 4 weeks ago