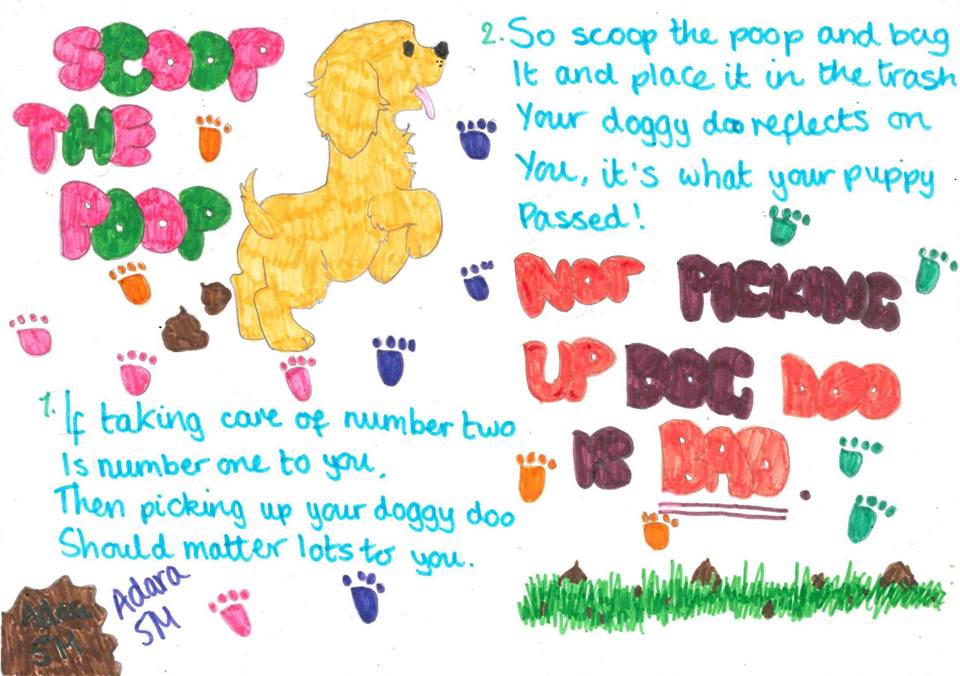 We reported on the Love Horfield Conference a couple of months ago. Since the Conference people have been very busy with Operation No More Dog Mess and a Litter Run.

A new website has been set up which can be seen at http://www.lovehorfield.co.uk/

It’s vision is to enable decision making, influencing and improving by children and young people in Horfield. It’s aim is to engage Horfield residents particularly children and young families in improving their local area by finding out what people think about the Horfield area, what they like and what they would like to change, agreeing some area priorities and establishing local projects to make things better.

The children of Filton Avenue Primary School's (Orchard Campus) school council took part in a mission to clean up Horfield, which they called 'Operation No More Dog Mess. This initiative followed a Love Horfield questionnaire taken by the children in the school that demonstrated that local dog mess was something that needed to be addressed. It was decided that they would have a whole school competition to design posters that encouraged dog owners to clean up after their dogs. The idea behind stemmed from a group discussion with Bristol Council representative and a member of Bristol Waste. The feedback on the idea was positive and the children's enthusiasm has kept the mission on track. We were told that if dog owners saw a poster designed by children in the local community they would be more likely to clean up after it.

As well as this competition they have arranged to go into the local community highlighting any dog mess for all to see, using specialised spray paint (given to them by the local authority). On top of this they will also be displaying the posters around agreed areas such as, parks, residential zones, vets and supermarkets, and they will follow up in term one of next year on another highlighting trip where they are hoping to see less episodes of dog mess. They would like to thank all of the school councillors for their admirable enthusiasm and passion for the project, all of the children who took part in the design competition and the members of Bristol Waste and the local council for their support.

This is an amazing initiative from Filton Avenue Primary school children. We look forward to many more Love Horfield ventures from the school as they all get stuck into making our community an EVEN BETTER place to live, work, study and play.

Look out for these posters appearing around Horfield very soon!

The Running Club from Filton Avenue Primary School braved the heat to complete a gentle run (with many water stops and rests in the shade) last week. Whilst running, the adults and children took turns to wear protective gloves and litter pick along the route. An entire black sack of rubbish was collected from along the cycle path and from the verges on Lockleaze Road and surrounding area