Public event called to discuss the future of the CA Club 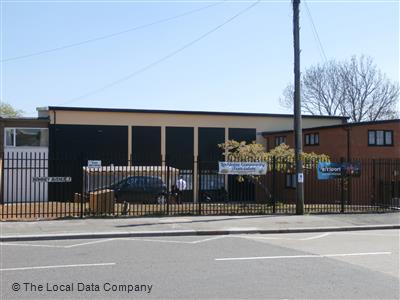 The Lockleaze Community Association’s (LCA) social club and Romney Avenue building were closed to the public over a year ago. Many local people are interested in what will happen to the building, wanting it to be available for community use.

Mark Hubbard, Head of Partnerships and Collaboration at Voscur describes the latest.

In October 2017, Voscur was asked by Lockleaze Neighbourhood Trust to get involved in discussions about this LCA building, in the hope that it could again be used by the local community. My role at Voscur is to work on partnerships between community organisations so, over the last few months, I’ve met with several people and organisations to try to find a way forward.

The situation with the building is complex, but there are two main points. Firstly, the building is owned by a registered charity (Lockleaze Community Association) that is inactive. Secondly, the community grapevine reports that there are ideas and offers of people/organisations ready to take on the building.

The first issue is technical. The charity was set up to support wellbeing for Lockleaze residents to establish a community building and run activities for local residents. The last listed LCA trustees believe their responsibility ended when the social club was liquidated. But the Charity Commission (which regulates the charity and its building and land) view is that the trustees are responsible for managing the asset, or closing the charity.

The second issue is about fairness and how community owned assets can continue to support the community in Lockleaze. Since the social club closed, several people/organisations have expressed interest in taking over the building but, as no-one was taking responsibility for the asset, and the Charity Commission were unwilling to act until it was proven the LCA trustees would not, it was difficult to navigate both the ‘how’ the community could sustainably get ownership and open the building, and ‘who’ should be involved in that process. Lockleaze Neighbourhood Trust had a route to ownership but were interested in engaging the LCA trustees and other local interested parties so invited Voscur to provide some independence in managing this process, to ensure fairness. It is our strong belief that the Lockleaze community should have a key role in shaping what proposal or proposals are best for Lockleaze.

To this end, Voscur made an offer to those that it was in contact with – to impartially support Lockleaze to go through a process of deciding what to do. By the deadline, one proposal from the Lockleaze Neighbourhood Trust (in partnership with others) had been received. We are now working with Lockleaze Neighbourhood Trust, to support community ownership, shared vision and the legal process to make it happen.

There are likely to be more steps in this process, but the very next thing to happen is that community members will be invited to join the discussion about the proposal. There will be an event on 23 June at 4-6pm at the Hub in Lockleaze for that discussion. If you are interested in participating in the discussion about the building, please register your interest by visiting www.lockleazehub.org.uk or phoning The Hub on 0117 914 1129.

Voscur is a Bristol charity that supports, develops and represents community organisations and groups in Bristol. Local community groups that would like support could contact Voscur to discuss how Voscur could help www.voscur.org

HorfLockVoice We very much regret that our October edition was our last. Falling revenues mean that the Horfield and Lockleaze Vo… https://t.co/th4WporpG0
1 month, 3 weeks ago

HorfLockVoice 54% increase in the number of food parcels given out by @NorthBristolFB over the same period last year https://t.co/Yv3BhtlBeA
1 month, 3 weeks ago

HorfLockVoice All the latest news from The Vench https://t.co/Ul3k2552AC
1 month, 4 weeks ago

HorfLockVoice RT @NorthBristolFB: We'll be at Tesco Golden Hill this Thursday - Saturday. Come and say hello and help those in crisis by donating items f…
1 month, 4 weeks ago