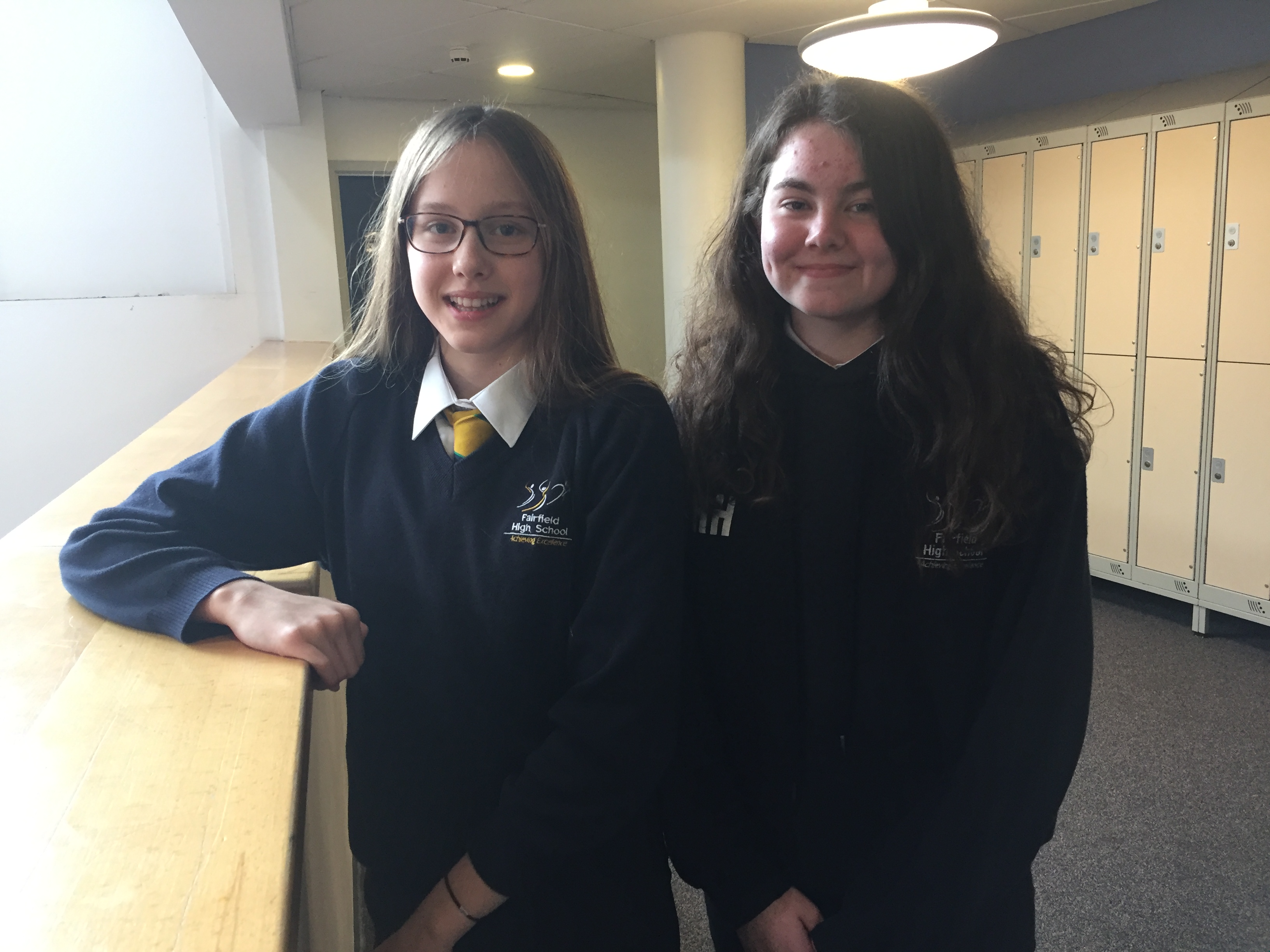 Fairfield High School (FHS) is delighted and very proud to share the news that two of its students – Rhiannon Hobbs in Y10 and Nia Rushton in Y9 – have been awarded the Swim England Synchronised Swimming National Age Group Championships free team gold medal.

It comes as no surprise that the girls, together with the rest of their team, have worked tirelessly to train for this accolade which they narrowly missed out on two years ago.

The competition took part at Manchester Aquatics Centre with the nine girls taking the 13-15 year group category by storm. Rhiannon and Nia will shortly be moving up to the 15+ age group category where they will no doubt work their magic as they progress to even better and higher things.

Nia comments: “We both started synchronised swimming at a competitive level by chance really, after watching our sisters at their swimming lessons. The teachers inspired us to give it a go and there’s been no looking back since! We’ve both worked very hard and we’re so happy and proud that it’s paid off.”

Rhiannon adds: “We were really disappointed last year after our Gold was taken away due to a penalty for too many acrobatic lifts. This year it’s a totally different story and you couldn’t wipe the smiles off all our faces!

“We would like to thank our parents for taking us to all the training sessions and our coach, Louise, whose dedication to the sport is amazing. Without her we wouldn’t be where we are now.”

Rhiannon’s Mum Ruth comments: “The girls have worked incredibly hard, they put in 17 hours training a week including an early morning session at Hengrove Pool starting at 6 o'clock in the morning. Their routine was magical to watch and this medal is richly deserved.”

Nia’s Mum Sarah also states: “I am so proud of our national champions and their wonderful achievement. The girls train so hard with their team and earned a well deserved gold medal in Manchester! Their future is certainly bright and we look forward to sharing future achievements.”

HorfLockVoice We very much regret that our October edition was our last. Falling revenues mean that the Horfield and Lockleaze Vo… https://t.co/th4WporpG0
2 years, 2 months ago

HorfLockVoice 54% increase in the number of food parcels given out by @NorthBristolFB over the same period last year https://t.co/Yv3BhtlBeA
2 years, 2 months ago

HorfLockVoice All the latest news from The Vench https://t.co/Ul3k2552AC
2 years, 2 months ago

HorfLockVoice RT @NorthBristolFB: We'll be at Tesco Golden Hill this Thursday - Saturday. Come and say hello and help those in crisis by donating items f…
2 years, 2 months ago