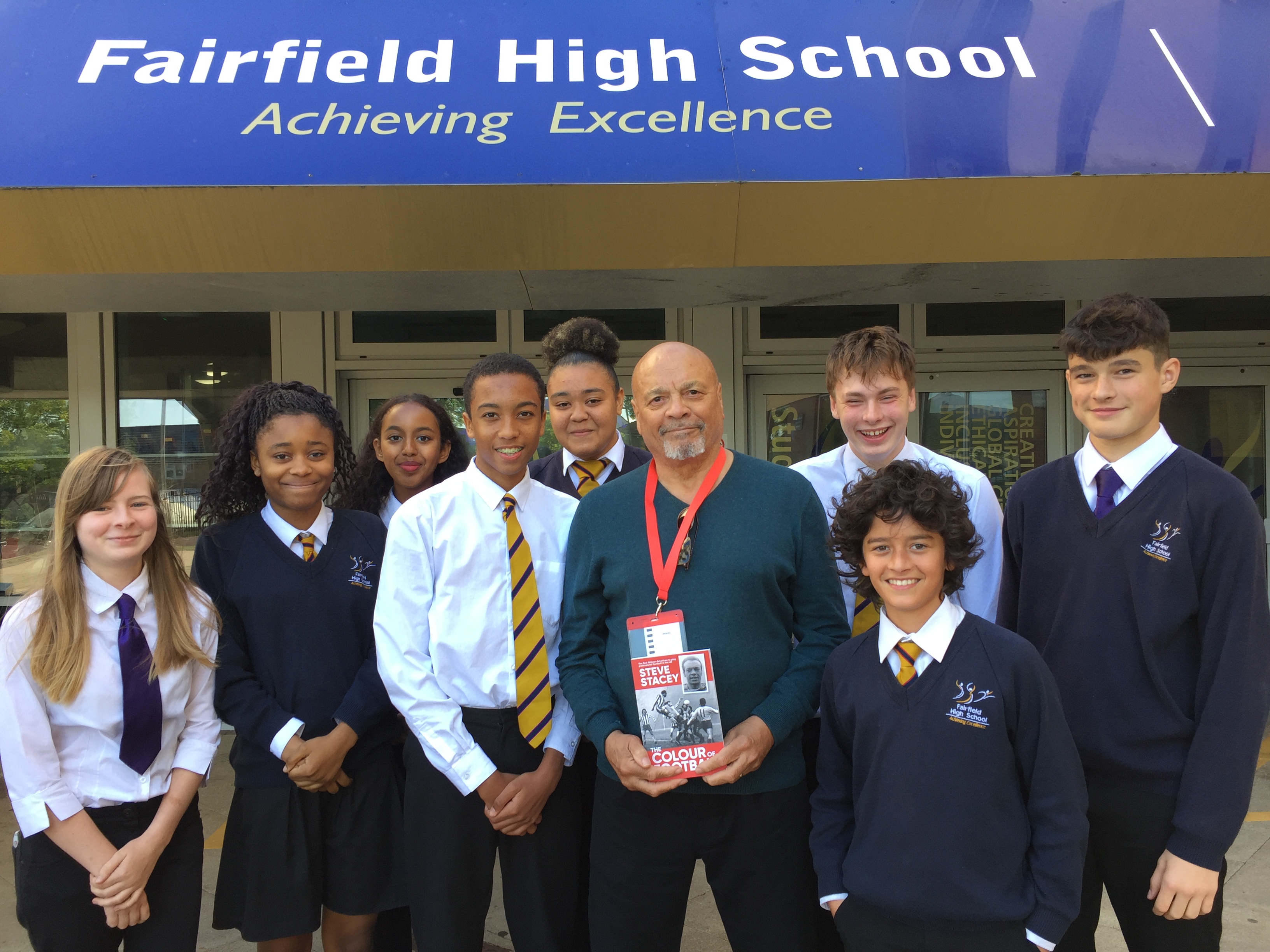 Steve Stacey, a former Fairfield High School (FHS) student, took a trip down memory lane when he visited the Year 10 student cohort to give a fascinating talk and to introduce his new autobiography.

Steve captivated his audience as he shared how Bristol was for his parents - an interracial couple who met during WWII, and how his American soldier father was denied the right to stay in the city. As a result, Steve was brought up locally by his mother and grandparents and would spend most of his free time playing football with his friends.

His audience heard that his football talent did not go unnoticed, for as a teenager Steve was scouted by both Bristol Rovers and Bristol City. Whilst Rovers were in talks with the Headmaster of Fairfield, City bit the bullet and approached Steve and his Mum directly… leading to a private signing and fee. Before long the young Steve started training sessions with the club. He went on to become the country’s first black professional footballer.

At the end of the talk, students had the opportunity to ask Steve about his life, his time at Fairfield and his perspective on football.

Steve Stacey comments “My experience at Fairfield was wonderful. I had a first-class education. Education is one of the finest gifts we can be given and I’m forever grateful. That’s not to say that I couldn’t have tried harder in every subject, because a bit too much time was probably spent on the football pitch!”

Kate Smee, Director of Humanities Department at FHS adds: “It’s very important to us and our culture to welcome former students back to Fairfield. Steve was such an engaging speaker who touched every member of our audience, regardless of their background or interests. We would like to thank him and his team for making that all important difference.”

A touching moment was the exchange between Principal Nick Lewis and Steve Stacey; Nick was presented with ‘The Colour of Football’ and in turn Steve a copy of the ‘Fairfield anthology’ - a beautiful collection of published writing by Fairfield students.